Target CPA is an auto-optimization process that can save your time and efforts.
It means that getting rid of poorly performing ad zones is not an exhausting manual process anymore.

In essence, Target CPA is an algorithm that automatically optimizes your campaigns according to the target price per conversion you are willing to pay and test budget per slice.
A specially designed algorithm divides the traffic you get into slices - combinations of ad-zone, geo and platform (also creative if you are working with push and native campaigns). So now you can not only manage a target price per conversion but also choose the target action and decide how much you are ready to pay for a slice (optionally).

After a learning period the slices that spend more than you have set as a CPA-target, get unlinked. If you have more than one slice and creative inside your campaign, the system will test each combination of settings. 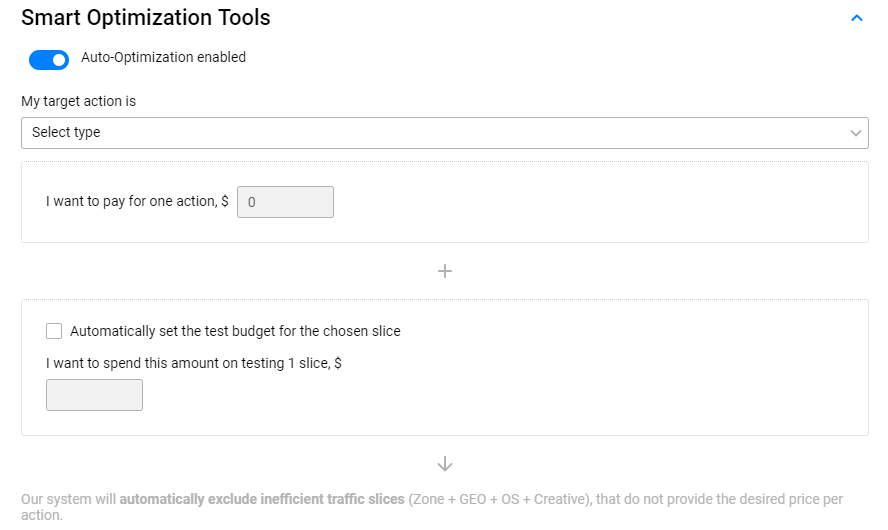 When the irrelevant zones are gone, you start getting the most conversions for the desired price you specified in the “I want to pay for one action” field.

Once the campaign is up and running, the system starts collecting the statistics. This process usually takes at least an hour. If you decide to change the required price per conversion, it would also require an hour for this change to be implemented. 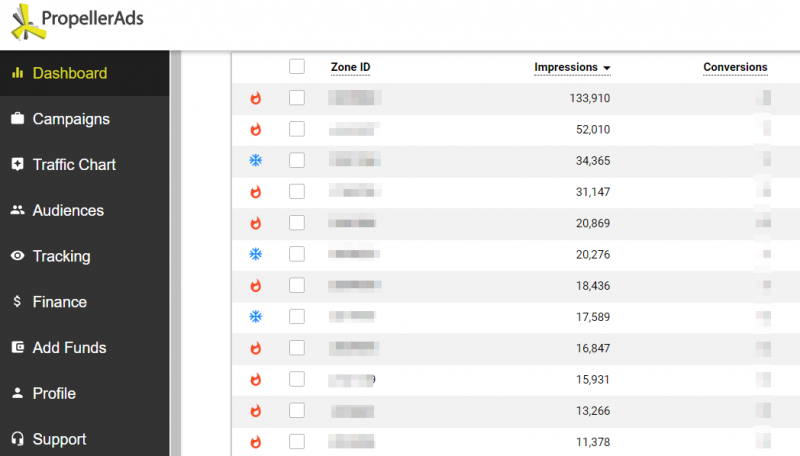